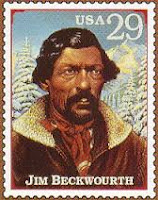 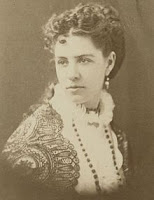 This Saturday I am going to Joaquin Miller Park for the California Writers Club annual picnic. While visiting Miller's former homestead in the hills above Oakland, I will remember his daughter, Calla Shasta Miller, who is buried somewhere on the grounds in an unmarked grave.

Calla Shasta lived with Ina Coolbrith for a decade while Joaquin was pursuing his career in England and New York. In 1879, seven years after she came to live with Ina, Calla Shasta wrote her uncle, George Miller:

"I am always ready to answer you in anything. For I have my own judgment about me in everything. I am not afraid of anybody or anything ... I am sadly disappointed for not being a boy. I am not half as bright as I should like to be but I always feel intelligent and never feel too old to learn. If I had the money I would be an artist or a musician, that are my favorites. But it is only 8 years ago since I realized what kind of an animal I am. I did not even know how to speak English and did not know B from a bull’s foot. Such was I when I first came down from Shasta where I was full of spunk killing skunks." (1)

The young woman eventually married, but she returned to Ina's Oakland home in 1892, her marriage over. Ina told Charles Warren Stoddard that Calla Shasta came to her "homeless, helpless, and a victim to drink."(2) Ina secured a doctor to try hypnotism and the Gold Cure, a popular abstinence program that purportedly contained gold, but in reality was a mixture of alcohol, ammonium, strychnine, and boric acid.

Calla Shasta did not stay at Ina's house for long. She died in 1903 and Miller buried her in an unmarked grave on his property. Joaquin Miller died ten years later, and although Ina was too sick to attend Miller's funeral at "The Hights," she sent "Vale, Joaquin" to be read. She also asked a friend to look for Calla Shasta's grave and vowed to mark "poor Indian Callie's grave" if she ever could afford to. (3) Ina was not a woman of means, and she never did mark the grave. Ina's own grave at the Mountain View Cemetery remained unmarked from the time of her death in 1928 until 1986 when the Ina Coolbrith Circle gave her a beautiful marble headstone. 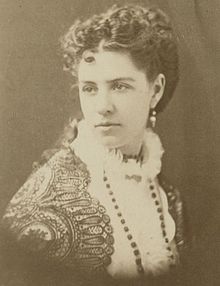 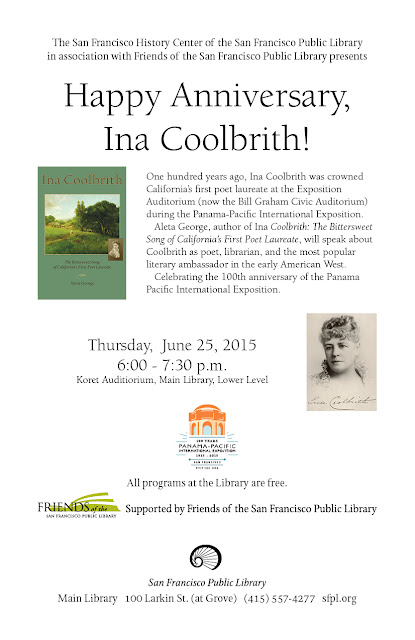 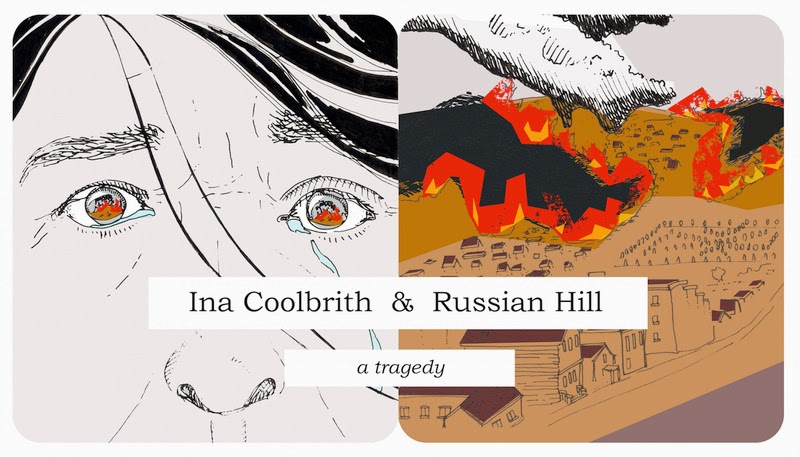 While working on the final edits of my new biography, Ina Coolbrith: The Bittersweet Song of California's First Poet Laureate (order on Amazon or Barnes & Noble) I got a call from illustrator Cal Tabuena-Frolli, a talented graphic designer and contributor to The Litography Project. (As a geographer, I felt an immediate kinship to this project of place that documents the literary history and culture of the Bay Area.)

Tabuena-Frolli said Coolbrith had kindled his imagination and he wanted to illustrate a story about her for The Litography Project. We talked for a long time and I sent him the pre-press copy of my book. 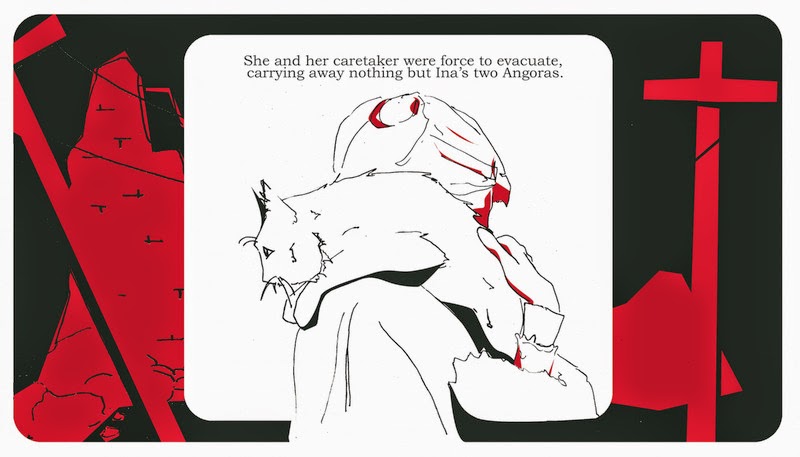 Here's the result of Tabuena-Frolli's hard work. I love what he did, and I'm sure you will too. 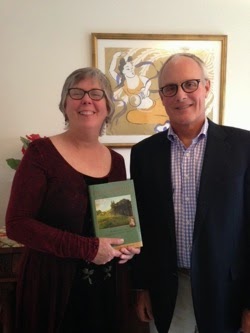 Had a great launch party for Ina Coolbrith: The Bittersweet Song of California's First Poet Laureate. Thanks to all who attended the party high in the Berkeley hills with views of San Francisco and the Golden Gate.

I have lots of fun events coming up. Check out my events on www.inacoolbrith.com.
Posted by Aleta George at 12:08 PM

Is that Ina in the William Keith painting?

Who is that tall brunette woman carrying a laurel wreath in William Keith's painting? I think it is Ina Coolbrith and that is why I chose the painting for the cover of Ina Coolbrith: The Bittersweet Song of California's First Poet Laureate.

California landscape artist William Keith and Ina Coolbrith were friends. In 1876 Keith, John Muir, and Ina took a Sunday carriage ride in the Oakland hills. Ina wrote Charles Warren Stoddard, “I had a most delightful time, for the day was superb, and Keith in one of his wildest moods.”

It is not known where Ina, Muir, and Keith stopped for a picnic that day, but their repast might be gleaned from a recipe for a meal that Ina later contributed to a cookbook. When asked in 1913 to contribute to the book, Ina responded that all of her family recipes had burned in the 1906 earthquake, but that she could supply a suggestion for a picnic from one she would never forget. The setting should be “a nook under the trees,” and the meal should be eaten with a “sauce of appetite acquired by a long tramp in the fields.” The menu should include “old-fashioned, home-made salt rising bread; fresh butter; young green onions just pulled from the soil; [and] water-cresses fresh from any washed in the brook.” For the beverage, she suggested “vintage of Adam, cold, clear and sparkling from brook that grew the cresses.”

At the end of the recipe, Ina added, “Good anywhere, but best in California.”

Keith painted With a Wreath of Laurel sometime between 1900-1911. The title he gave to the painting is the same title that Ina Coolbrith gave to a poem she wrote in 1870 after she and Joaquin Miller gathered California bay laurel leaves for a crown to place on Lord Byron's grave site in England. Read "Poetic Gesture" in California magazine here.