The Face of Water

Last year while out at sea with ACCESS, a research partnership between PRBO Conservation Science, and our two local marine sanctuaries, Gulf of the Farallones and Cordell Bank, I had trouble concentrating on the story I was reporting because the surface of the water captured my attention and wouldn't let go.


Painter Stephen Ehret, who has lived in an anchor-oat boat on Richardson Bay since the early 1970s, has painted nothing but the "face" of water for over a decade. "Water is very emotional," he says. "It goes through different phases and repeats different faces everyday depending on the wind and sun."

"I try to capture a certain moment of light on the water," says Ehret. "This is one of the faces of water. It has a certain quality or gesture to it. It speaks somehow, has an emotion."

Ehret is one of the artists showing work in The BiggerPicture: 7 Artists Paint Large to Support Coast Cleanup, an art show at the Bay Model in Sausalito from September 12 to 29, 2012. The other artists are Chris Adessa, Jennifer Fearon, Craig Gilliland, Victoria Mimiaga, Thomas Wood, and Kay Young. For the show, the seven artists have painted large (at least 6 feet) to honor the beauty and mystery of the ocean, and to recognize the importance and challenge in keeping it healthy. A portion of the sales will go to the San Francisco chapter of the Surfrider Foundation.

Meet the Surfrider Foundation on September 22 from 1 to 2 p.m., and stay for a reception with the artists from 2 to 4 p.m.

On Memorial Day, I hiked at Castle Crags State Park in Northern California. The park was one of those slated for closure in July, but the sector superintendent had to close early due to lack of funds. He let go nine seasonal employees (one of whom had been there for 12 years), and built a gate where none had been before, but closed gates didn't keep people out.

The couple on the left drove down from Oregon. The father and daughter team on the right were on their way to Tahoe where she was starting an internship to model earthquakes. The four in the lower right were up from Red Bluff, and the couple in khaki moved from France to San Francisco three years and joined the California State Parks Foundation. The young girl watching a caterpillar crawl across her hand was one of six kids in a large family that hiked to Castle Dome with a 2,200-foot elevation gain.

We found the district supervising ranger, C. Brett Mizeur, emptying trash and refilling toilet paper at the only pit toilet open in a park that covers 5,000 acres, and is surrounded by 14,000 more. He is leaving it open as a courtesy. He threw the garbage bags into his truck, which he would drive back to Burney Falls. 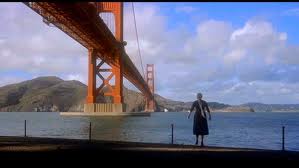 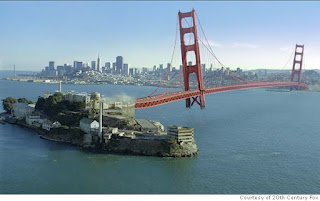 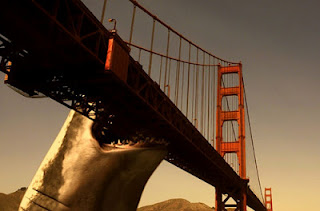 A Fire Drill at the Huntington Library

When the fire alarm sounded inside the Munger Research Center at the Huntington Library in San Marino, I had just finished reading a juicy letter. Not sexy-juicy, but full of juice because it provided details for my book about Ina Coolbrith, California's first poet laureate. Until I found this letter, I had only circumstantial evidence that Ina's caregiver had been acting in ways that made her a candidate for an insane asylum; now I knew exactly what she had done, and I could write a scene full of detail, a gold nugget for any book.

As the lights flashed and the alarm sounded with a decorum fitting for the library, the staff told us to exit immediately and leave everything behind. I walked away from the letter without having copied it into my computer. 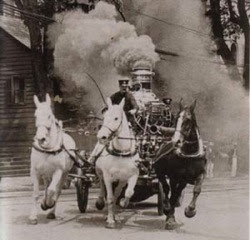 Along with other researchers who pulled themselves away from centuries past, I blinked at the Los Angeles sunshine. In talking to the gentleman who shared my table that day, I didn't express concern for the tens of thousands of rare books or manuscripts, including the Gutenberg Bible, housed in the library.

"I hope the place doesn't burn down," I said. "I just found a really good letter."
He asked about it, and as I've been immersed in Ina's story for seven years, I gave him an earful about the letter and my project. I was still going on about Ina when members of the staff greeted my tablemate warmly, and he introduced me to each of them. The regard in which the curators greeted him made me take note of the name on his tag (all readers wear ID tags around their necks).

Staff announced that the alarm had been a drill, and we were allowed back in. I found my letter safe and I quickly typed its contents into my computer. Then I Googled "Tony Grafton" and learned that he was a Princeton history professor and the author of five books. His areas of expertise are the Italian Renaissance, the history of science, and classical scholarship.

Now he knows a bit more  about California's first poet laureate.
Posted by Aleta George at 3:18 PM No comments:

January 11, 2012—When I saw a smattering of dark purple poop on my front steps this morning, I thought, "Hm, the cedar waxwings are early this year." The only time I see cedar waxwings in Suisun City is when the berries on nearby trees are ripe. These beautiful birds with butter-cream breasts and dramatic Zorro-masked eyes, time their visits to feast on the berries, eating and pooping from our neighbor's tree that hangs over our front steps. 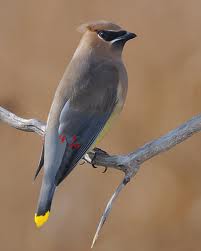 I counted 16 waxwings and 2 American robins. With the drought conditions this winter, I wondered if the waxwings were early. To determine that, I checked my Suisun wildlife journal, which I started in 2007. Here's what I found:
Jan. 25, 2007: A flock of cedar waxwings arrived and are mixing it up with American robins, busy flying in a three-tree triangle.
January 15, 2008: Small group of waxwings here eating berries. Low number of birds so far.
February 4, 2008: About 70 waxwings in the tree today, tck-tck-tck, as the seeds from the berries hit the bricks.
February 18, 2009: Two-hundred waxwings arrived today and are feasting in the bare-leaved eucalyptus tree. Only occasional bombs fall, but I can hear a constant tat-tat-tat from the hard seeds hitting the brick steps. Something spooked them as I watched, and as a flock they flew to the pepper tree across the street in a swooping circle, then back to the tree in front. All of them gone the next day.
April 14, 2010: Around 50 waxwings came through but missed the ripe berries by several months.
March 22, 2011: Around 50 waxwings in the trees at 3:30 p.m. Gone by 5:00 p.m. The berries are mostly gone and they didn't find their usual feast.
According to these observations, their migration times vary. They may be a bit earlier than previous years, but only by a few days.
Posted by Aleta George at 11:58 AM No comments: