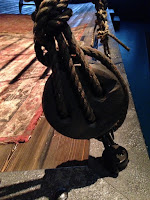 As the Hispaniola sails across the stage at Berkeley Rep in Mary Zimmerman's Treasure Island, some theatergoers will know that author Robert Louis Stevenson lived in San Francisco and Oakland from 1879 to 1880.

What they may not know is that Stevenson credited his love of the South Seas to his visits and conversations with poet and travel writer Charles Warren Stoddard in Stoddard's curiosity-filled house on San Francisco's Rincon Hill.

When the two writers met, Stoddard had recently returned from a five-year ramble in Europe, was writing a weekly column for the San Francisco Chronicle, and lived in a faded Gothic mansion on Rincon Hill, a formerly-wealthy neighborhood south of Market. 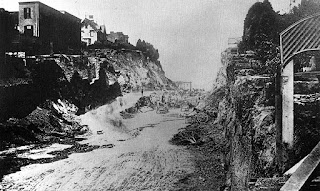 Rincon Hill's glory days had begun to slide when the city flattened the sand dune at Second and Harrison and the houses began their slow slip into the resulting slot. The wealthy homeowners moved to other quarters, and those looking for cheap rent moved in. Stoddard described his ten-dollar-a-month mansion in his book, The Footprints of the Padres: "Every winter the rains beat upon it and drove through and through it, and undermined it, and made a mush of the rock and soil about it. Portions of real estate deposited themselves, pudding fashion, in the yawning abyss below."

Stevenson arrived in California in the summer of 1879. His sweetheart Fanny Osborne lived in Oakland, and had only recently divorced her husband. In December, Stevenson moved into a room on Bush Street.

He set out to sketch the city each morning, and one day discovered Rincon Hill, which he described as "the most San Francisco-ey part of San Francisco." On the first day he sketched, he saw "a youngish, good-looking fellow" watching him from a ground floor window. On the second day, the fellow nodded and Stevenson nodded back. On the third day, Stoddard invited Stevenson inside "with the impromptu cordiality of artists." 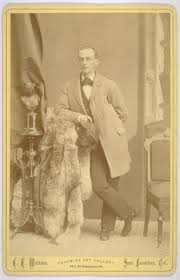 "There came to me a lean, lithe stranger," said Stoddard. "I knew him for a poet by his unshorn locks and his luminous eyes, the pallor of his face and his exquisitely sensitive hands."

Stevenson found Stoddard "lively and engaging," and was most impressed with the décor in Stoddard's parlor. "I sat presently in the midst of a museum of strange objects,—paddles and battle-clubs and baskets, rough-hewn stone images, ornaments of threaded shell, cocoanut bowls, snowy cocoanut plumes—evidences and examples of another earth, another climate, another race, and another (if ruder) culture."

Stevenson looked out the bay view window as Stoddard told stories of the tropics and showed his artifacts of adventure. Stoddard had traveled to Hawaii and Tahiti and written about his escapades for the Overland Monthly. He collected his tropical essays in South-Sea Idylls, a book that, according to Stoddard's biographer Roger Austen, characterized his coming out. 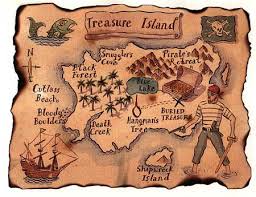 Stevenson married Fanny Osborne that spring, and the newlyweds took a three-week honeymoon in the Napa Valley. He was in California for less than a year, but it was a year that changed his life in significant ways, including the fact that he "first fell under the spell" of the islands in Stoddard's parlor on one of San Francisco's original Seven Hills. 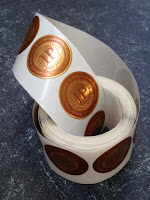 In the letter I received to announce that my book, Ina Coolbrith: The Bittersweet Song of California's First Poet Laureate, won a bronze medal from the Independent Publisher Book Awards (IPPY) in the biography category, the Jenkins Group noted how this year's medalists "reveal the importance of women in our industry, with a strong showing of female authors and publishers throughout the contest."

I would add that with so many female authors there is a greater tendency to highlight women as subjects, and that is equally as important. The tagline for the National Women's History Project is "writing women back into history," a directive that matches the spirit of my reason for writing a biography about Ina Coolbrith. Coolbrith lived an epic life and was California's most beloved poet for fifty years, and yet who today remembers her name or her story? More importantly, what young girl who is interested in literature knows that California's first poet laureate was a woman who first published at age fifteen?

A woman's point of view is important. Her experience is unique, and her stories are ones that I want to hear. When Ina Coolbrith accepted the laurel crown as California's first poet laureate in 1915 she accepted it on behalf of her "sister women." I'm thrilled to be a medalist along with my sister women for the 20th Annual IPPY Awards, in what the Jenkins Group is calling "The Year of the Woman."

Posted by Aleta George at 1:21 PM No comments: