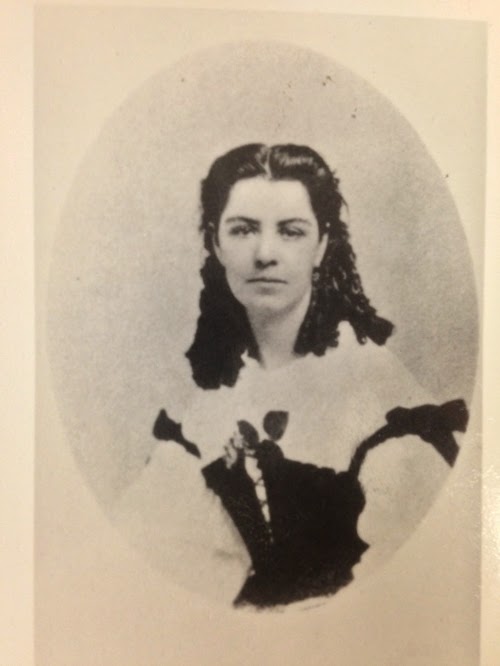 Ina Coolbrith came to San Francisco at age 21 in the middle of the Civil War. On Christmas Eve 1863, she sat in her Russian Hill parlor as the rest of her family slept and the clock on the mantel kept time with her "midnight thought."

Ina was a Union girl, but that wasn't a given in California. One year earlier she had lived in Los Angeles where Union troops drilled in the streets to quell Confederate sympathizers. After she moved to San Francisco she showed allegiance to the Union by attending a festival organized by Thomas Starr King, the minister of the First Unitarian Church who was known as the orator who saved the nation.

Ina was reeling from a divorce she had obtained a year earlier after her husband tried to kill her with a six-shooter, but on this night her personal melancholia made way for a broader pathos. Here's the heart of her twenty-one stanza poem "Christmas Eve: 1863,” published in the Golden Era:

A thought of the gory trenches,
Dark-seaming our Country’s plain,
Where the forms of friend and foeman,
Rest—never to rise again!

Where the gold-tinted curls of boyhood,
Dark tresses of manhood’s prime,
And the silvery locks of the aged,
Commingle in dust and slime...

Each sabre that clashed in the carnage,
Each bullet that whizzed thro’ the air,
Hath sped to some desolate house-hold
A message of death and despair.

Yet we sing of the splendor of battle,
“The pomp and glory of war!”
Oh, God! Could those battle-fields open,
And show what their trophies are:

Could the thousands of maimed and mangled,
Of widowed and orphaned, be led
To the rivers, and hills and valleys,
That are drunk with the blood of their dead:

How quickly would rage melt to sorrow,
How silenced the cannon’s roar;
And the hands that are clenched in combat,
Be clasped in love, once more!

Fifty-two years later Ina Coolbrith was crowned California’s first poet laureate during the Panama Pacific International Exposition, an honor that made her the first state laureate in the nation. 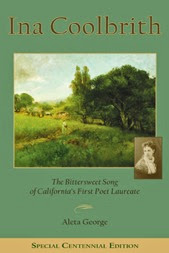 To commemorate Ina Coolbrith's centennial of being crowned California's first poet laureate at the Panama-Pacific International Exposition, I am printing a special centennial hardcover edition of my new biography, Ina Coolbrith: The Bittersweet Song of California’s First Poet Laureate.

This signed, case-bound book with a full color dust jacket and centennial banner is only available if you pre-order the book on Indiegogo before February 7, 2015. It will be mailed in March 2015.

A paperback edition will also be available in March 2015, but this is the only time this collectable edition will be offered.

I have a few copies of the special centennial edition remaining. I will be selling them at upcoming events only. Go to inacoolbrith.com for event listings. 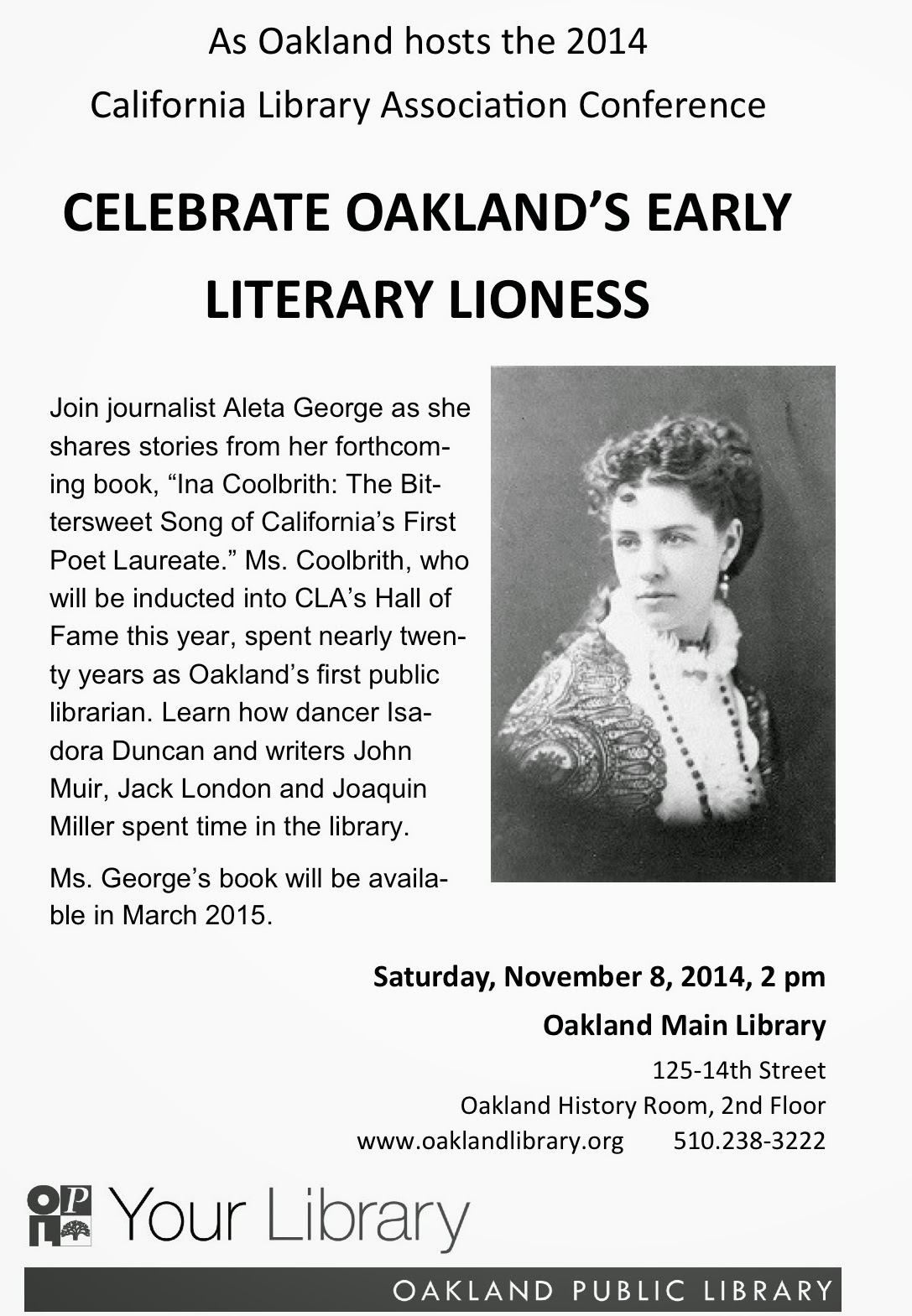 Ina Coolbrith was California’s first poet laureate and Oakland’s first public librarian. She was inducted into the California Library Hall of Fame on Friday, November 7, 2014, during the CA Library Association’s gala at the Marriot Oakland City Center. I was proud to accept the award on Ina's behalf.

Learn more about the Hall of Fame and the 2014 inductees.

The following day, Saturday, November 8, 2014, I gave a talk about Coolbrith at the Oakland Public Library, Oakland History Room, at 2 p.m. I told attendees how John Muir, Jack London, Joaquin Miller, and Isadora Duncan spent time in the library, and explained why Coolbrith called the place her  “Inferno.”

Ina Coolbrith: The Bittersweet Song of California’s First Poet Laureate will be available in March 2015. 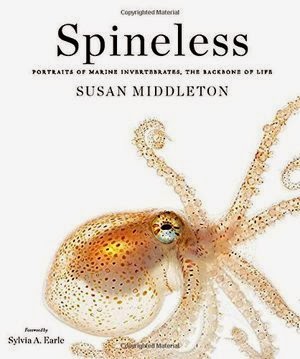 Susan Middleton takes portraits of wildlife. Her latest book is Spineless: Portraits of Marine Invertebrates, The Backbone of Life, published by Abrams.

Read my article about her work, her process, and these spineless creatures of the deep in Smithsonian.com.
Posted by Aleta George at 10:44 AM

"View from the Blind" in Bay Nature magazine 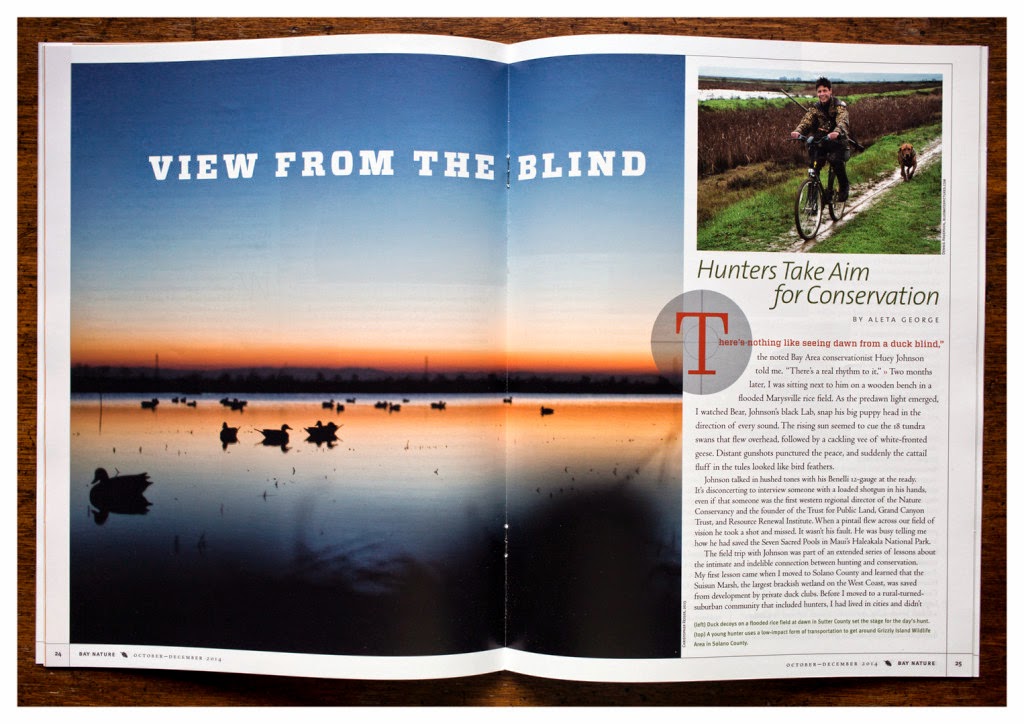 I spent the last year learning about hunting and conservation, a long-standing tradition in North America that harkens back to the second half of the 19th century.

My story about hunters who are passionate about the natural world is in the October-December issue of Bay Nature magazine.

Subscribe to Bay Nature.
Posted by Aleta George at 10:34 AM

For the Love of Heritage

Amy Grabish and Larry Fox are passionate about saving endangered livestock breeds on their 3.65 acre farm in Dixon. They raise the animals for meat, but their farm is humane and a far cry from a factory farm.

Read about Grabish Farm in Meet the Farmer, a series of farmer profiles I write for Solano Land Trust. Learn more about endangered livestock and how you can help save them at Livestock Conservancy.

Go to Meet the Farmer: For the Love of Heritage.

The House is Yours*: Hershey Felder: A master entertainer's food journeys


I moonlight as a house manager at Berkeley Repertory Theatre, one of the best live theaters in the country

Read my article about Hershey Felder's love of cooking at Berkeleyside.com.

* The term used when a house manager gives the audience to the stage manager before a show begins.
Posted by Aleta George at 3:52 PM

Craig Anderson is the inspirational leader of Santa Rosa's LandPaths. He won Bay Nature’s 2014 Conservation Action Award and I interviewed him for the magazine.

When I asked about his success at achieving diversity among the members of his organization, he said, "Diversity in Sonoma County is not just the Latino–European–Pan Asian community. It’s also people from a traditional agricultural and ranching background; it’s vintners; it’s Gen X and Gen Y; it’s families; and frankly, it’s urbanites who are so busy trying to keep up in this world that their understanding of local economy and food has not expanded beyond big-box stores. We’re not happy at LandPaths until we’re able to reach everybody."

Read the interview here.
Posted by Aleta George at 5:38 PM 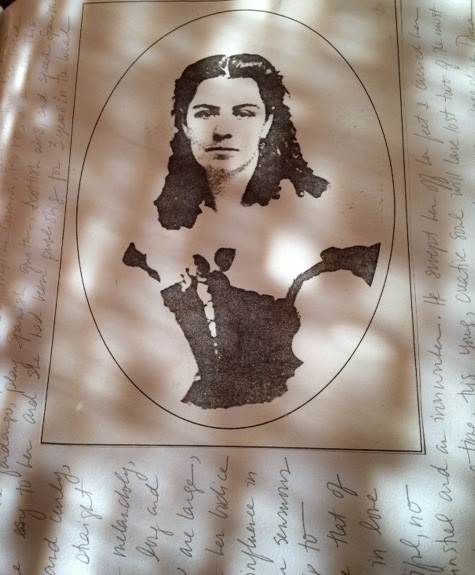 Opening of "Bittersweet Song" (working title), my biography about Ina Coolbrith:
The Overland Limited train pierced the midnight stillness of the Nevada desert. The clicking wheels and sway of the Pullman cars lulled most of the passengers to sleep, but it is unlikely that Ina Donna Coolbrith slept. The seventy-eight-year-old poet had crossed this desert by foot and wagon nearly seven decades earlier when her family came to California on the Overland Trail in 1852. How could she sleep when the train slipped under the night sky that she had watched as a girl? Somewhere in these sands she buried her doll after it took a tumble and split its head. All the children of the wagon train attended the funeral as the doll was lowered into its grave.

In 1919 Ina left California, four years after she had been crowned California's first poet laureate. She did not know when she would return. Once known for her beauty and physical vitality, her joints now ached from rheumatoid arthritis and the years showed in her down-turned mouth and double chin. She wore a white lace mantilla to cover her thinning hair. She didn't like how she looked as an old woman, but others saw her differently. One reporter described her as having “clear, luminous eyes, very sensitive and expressive hands, and a young voice, quick, animated, and fluent.”