Sunday, October 18, 2020
on Zoom
Info here
Writers often need courage just to face a blank page. They also call upon courage to to pick up a pen during challenging national and personal events. Author and journalist Aleta George will share the moments in the life of Ina Coolbrith, California’s first poet laureate, when she was called upon to respond with courage.
Celebrate California Writers Week with stories about Ina Coolbrith and her colleagues Joaquin Miller, John Muir, Jack London and Bret Harte! 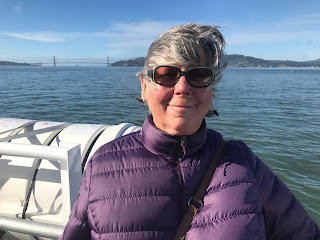 To book Aleta George as a speaker, contact her at aleta.george<at>gmail.com.